Last weekend I had an amazing opportunity to visit M'era Luna festival. The event took place in Hildesheim, Germany. It was my second time there and I think it was even better than 2 years ago.

The atmosphere was amazing. People were really nice and very helpful. It was great to meet many artists and influencers from all over the world. On Friday we were invited to a special meeting called International Gothic Creative Summit. 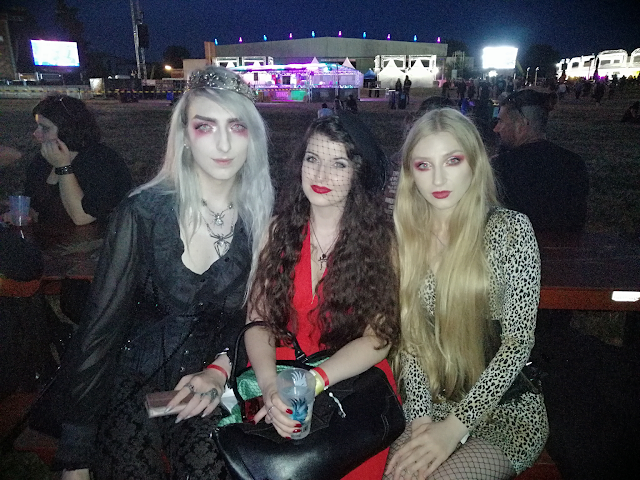 It was great to see Esmeralda once more. You can check out her work as a model and as a photographer here: 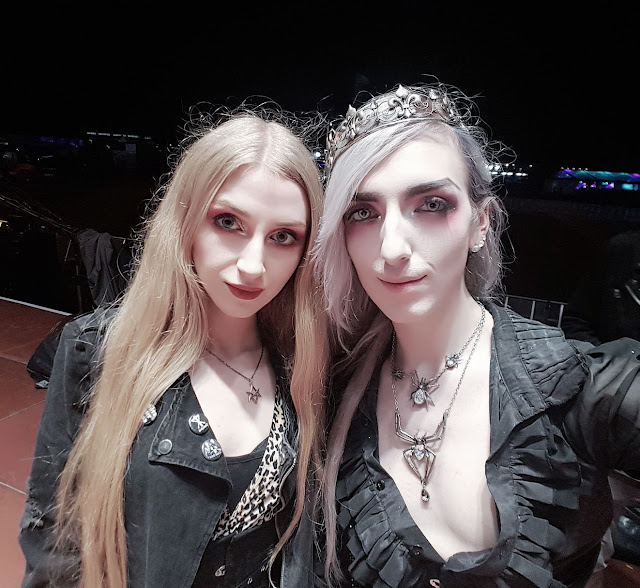 I met Valentin Winter, who turned out to be really nice and cute. At first I was too shy to introduce myself, because he always looks so sophisticated in his photos. It was funny to hear, that 2 years ago he also was to frighten to say hi to me. :D

During the summit we had an amazing opportunity to visit a backstage of the festival. We were on a main stage and saw the dressing-rooms for artists. We heard a lot of interesting stories about how the festival is organized.


It was a great pleasure to meet Elisanth and her partner. I followed her work for a long time and I was always impressed by her photos.

On Saturday me, Elisanth ,Obsidian Kerttu, My beautiful nightmare and Raven von Strange had a signing session at the Sonic Seducer's booth. I was very moved and happy when I spoke with a first girl who came to me. It is really great to hear that my work inspires other people. I had an  interview with Sonic Seducer after the signing session. I was very scared and nervous as it was my first interview in English and I do not have many occasions to speak English often but I managed to go trough it somehow. I hope it was not a complete failure. 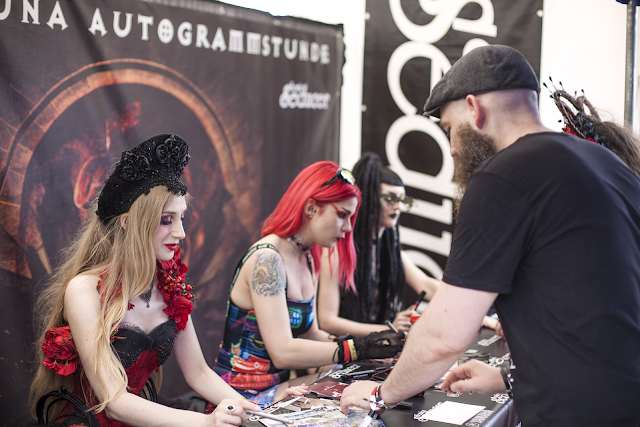 It took me a long time to complete my Saturday's outfit. At the beginning I was planning to wear an outfit in shades of beige and black. I even had made a new corset, but later I decided to choose a red corset and matching accessories.
Later I changed my rose skirt for something more comfortable. 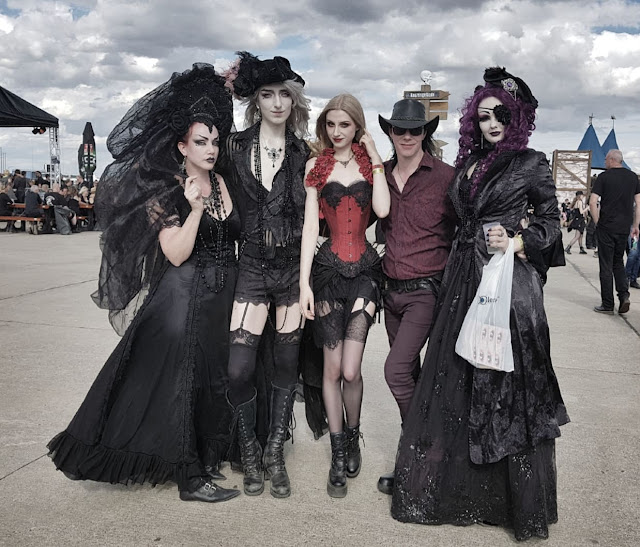 The festival is very well organized. It was good to see that organizers were well prepared and everything went without chaos. I felt safe and calm, because of security guards, who did a great job. They searched every bag which people brought with themselves. I didn't see any incidents or dangerous situations. 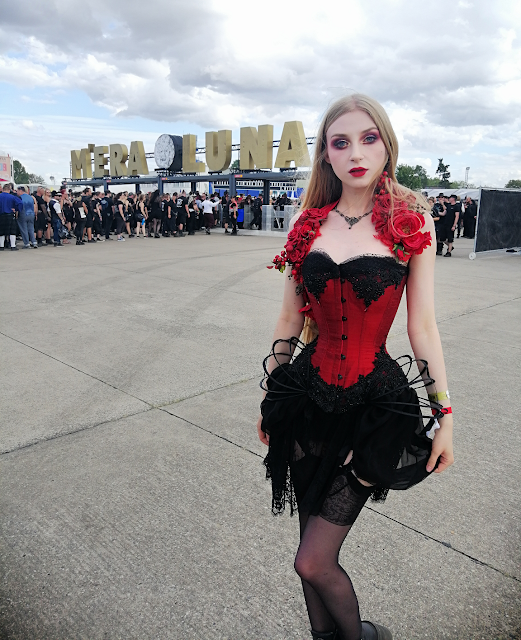 At the Medieval Market I ate the best falafel in my entire life. I was very pleased that I could chose a lot of vegan and vegetarian meals. The German food is really nice, although they think it isn't. 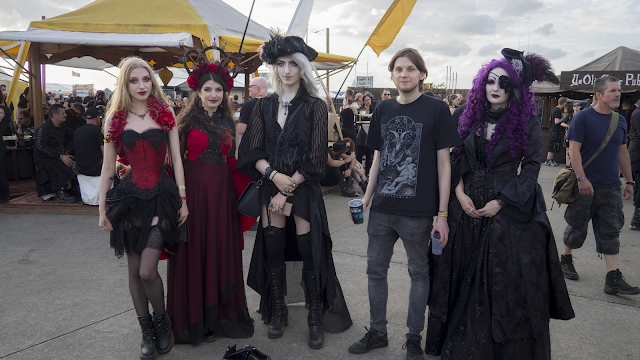 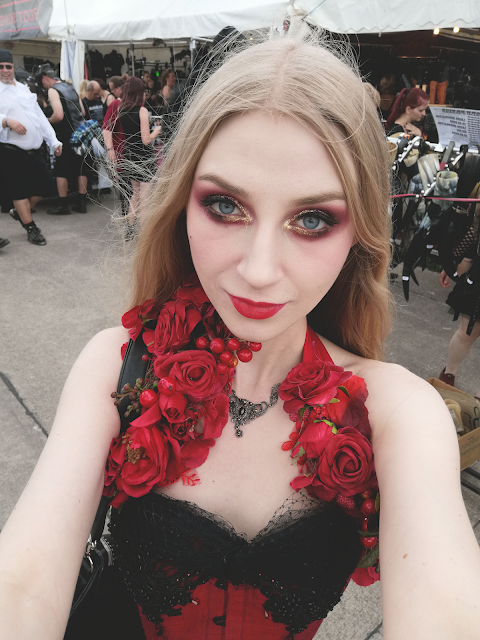 Sunday was awesome and it is my favorite day of the festival. I was more relaxed and not so nervous as i was at the beginning. I spent a wonderful time with everyone and had an opportunity to get to know Obsidian Kerttu better. Jovana is not only a beautiful girl (live she really looks like on her photos, or even better) but she is also very kind and smart. 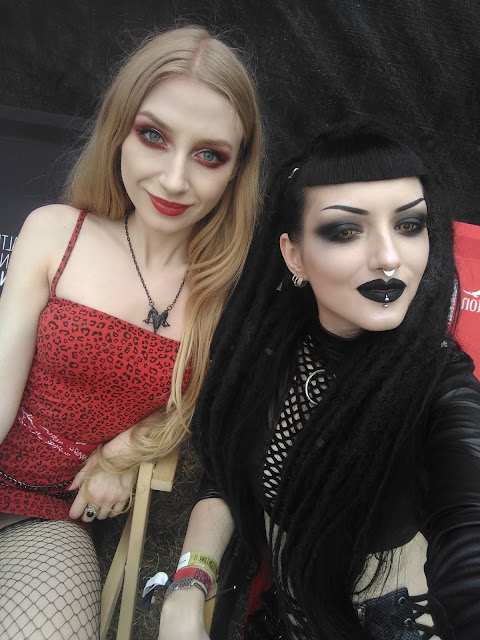 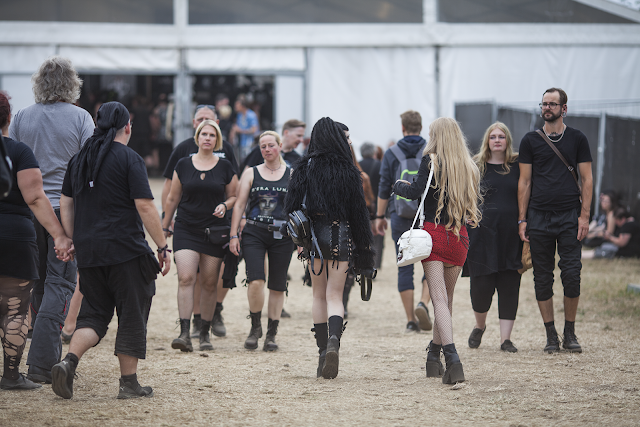 We walked around and spent some time on shopping. I decided to buy t-shirts, bags and of course albums of my favorite artists. 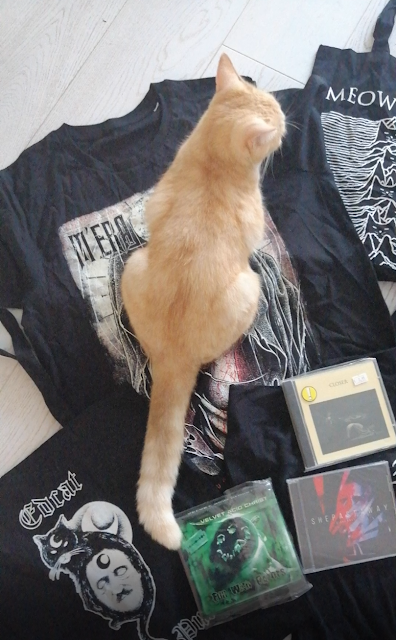 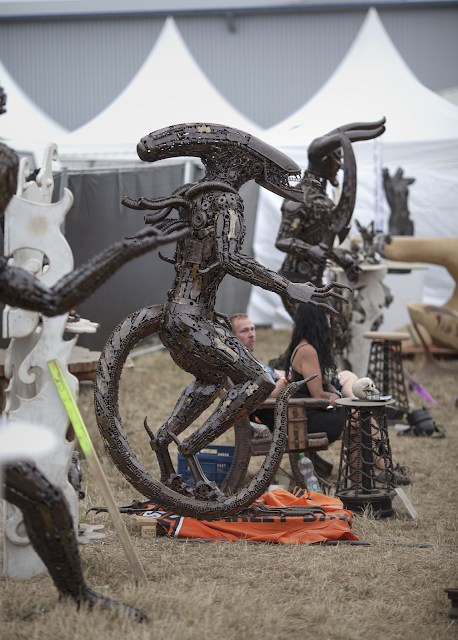 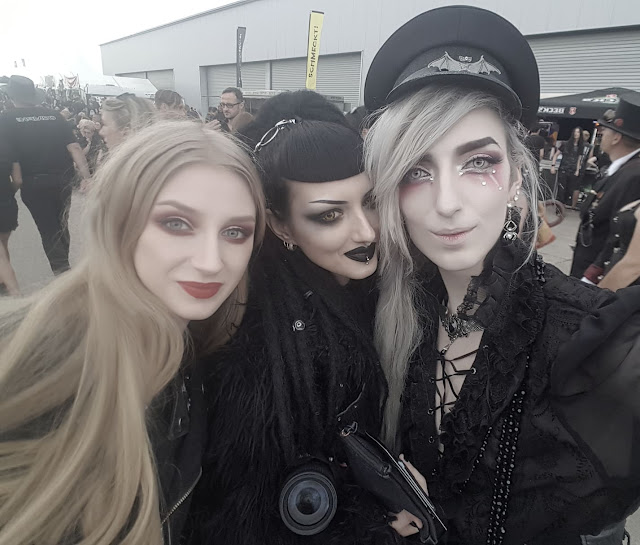 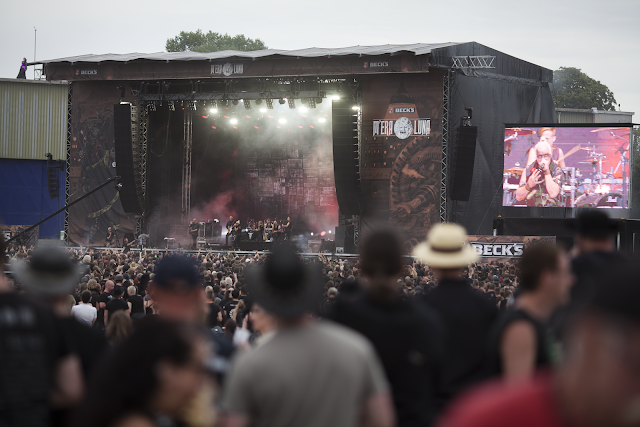 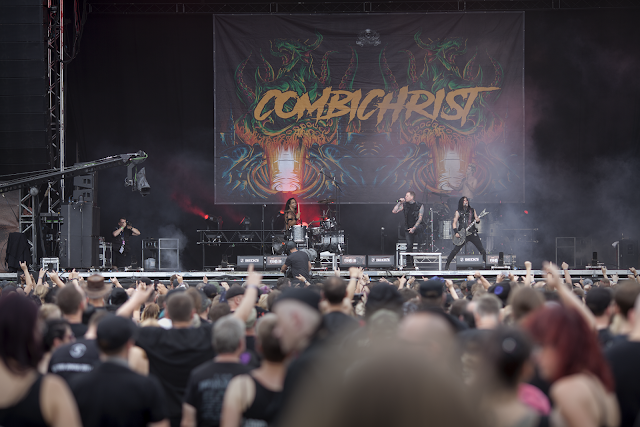 I was really depressed leaving Germany. It's very sad that the festival ended so quickly. I met many awesome people and I hope we will be in touch and we'll meet in the next year.

I would like to say a big thank you to the wonderful crew from Factory 92 who invited me to the festival and took great care of everything during M'era Luna.